This decorative wallpaper was created in 1875 by the Desfossé & Karth manufacture. It displays butterflies and birds perched on blooming branches. The original décor was printed by means of engraved wood-blocks. The background was mechanically brushed even in beige, and 11 colors were then applied with a roller.
To revitalize this beautiful late 19th century wallpaper, our group has carried out a meticulous digital restoration.

Founded in 1851, the Manufacture Jules Desfossé is one of the most important in France and Europe. In 1853, after Jules Desfossé had joined with Hippolyte Karth, the Manufacture was named Desfossé and Karth. It distinguishes itself by a purchase policy of printing wood-blocks and a close collaboration with the artists of the time. Firmly rooted in the Second Empire, and considered as the best, this Manufacture offers wall papers with themes in the taste of time, though sometimes nearly decadent.

In the 18th and 19th centuries, the West countries were fascinated by the Far East countries. Spread by trade companies, the oriental imagery and decoration codes influenced the European tastes. Wallpapers from China and India, in particular, enjoyed great success. Thus, the Paris manufactures progressively took these new likings into account. Distancing themselves from the original models, they created their own patterns, giving birth to the style “Chinoiseries”. Decorators and designers, in several branches of the decorative arts, were very good at making use of this style, with symbols like pagodas, vases or exotic flowers.

The 18th and 19th centuries had a great liking for animal design on wallpapers. Domestic animals : dogs, sheep, goats, horses, cows, etc. Farmyard animals : cocks, hens, chicks, etc. Wild animals too : stags, hinds, ducks, birds, etc.
Wallpapers with birds and insects, because of the many details and colors involved for a realist result, were generally top-of-the-range. This one, with toucans, tits and butterflies, is a very good example. 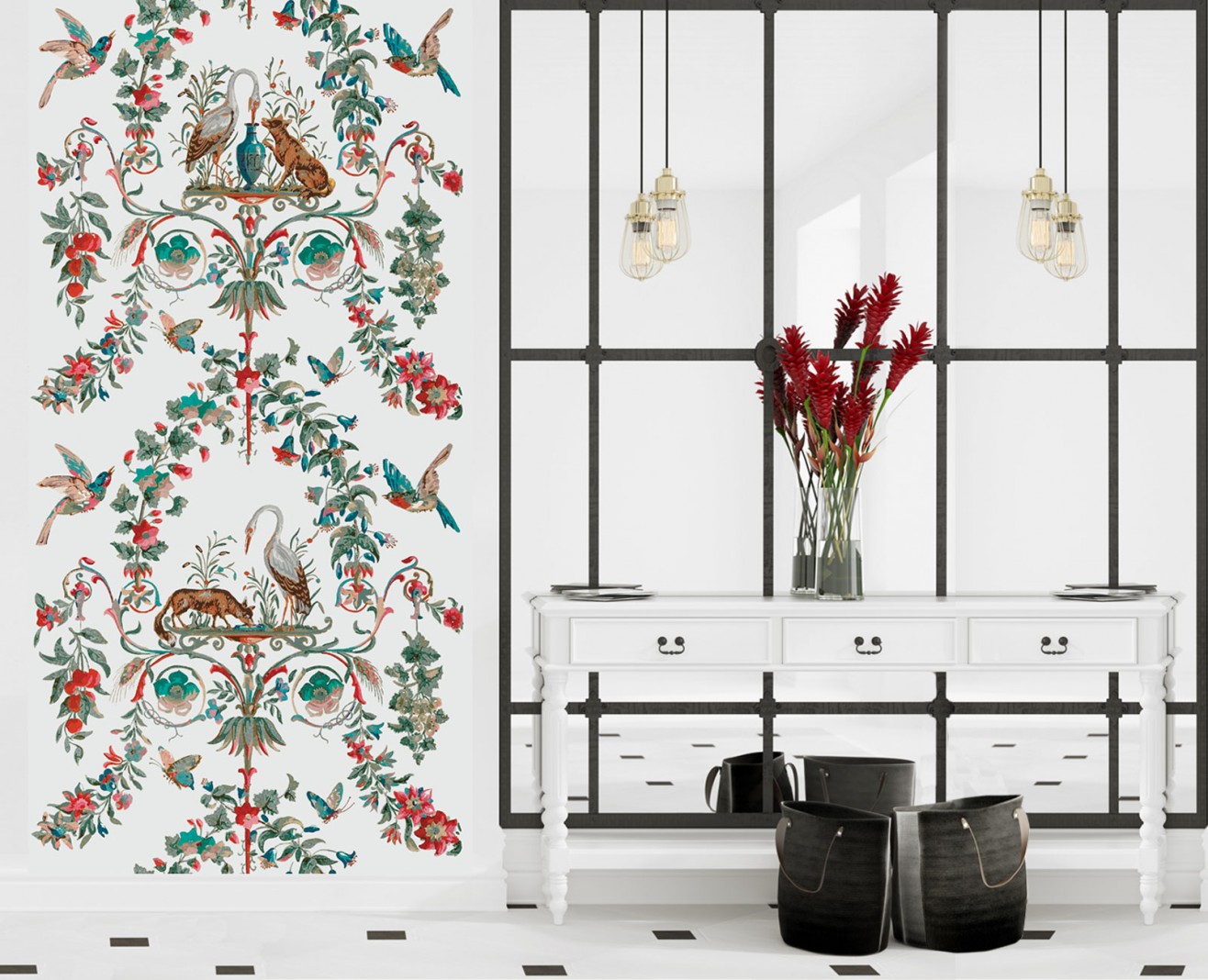 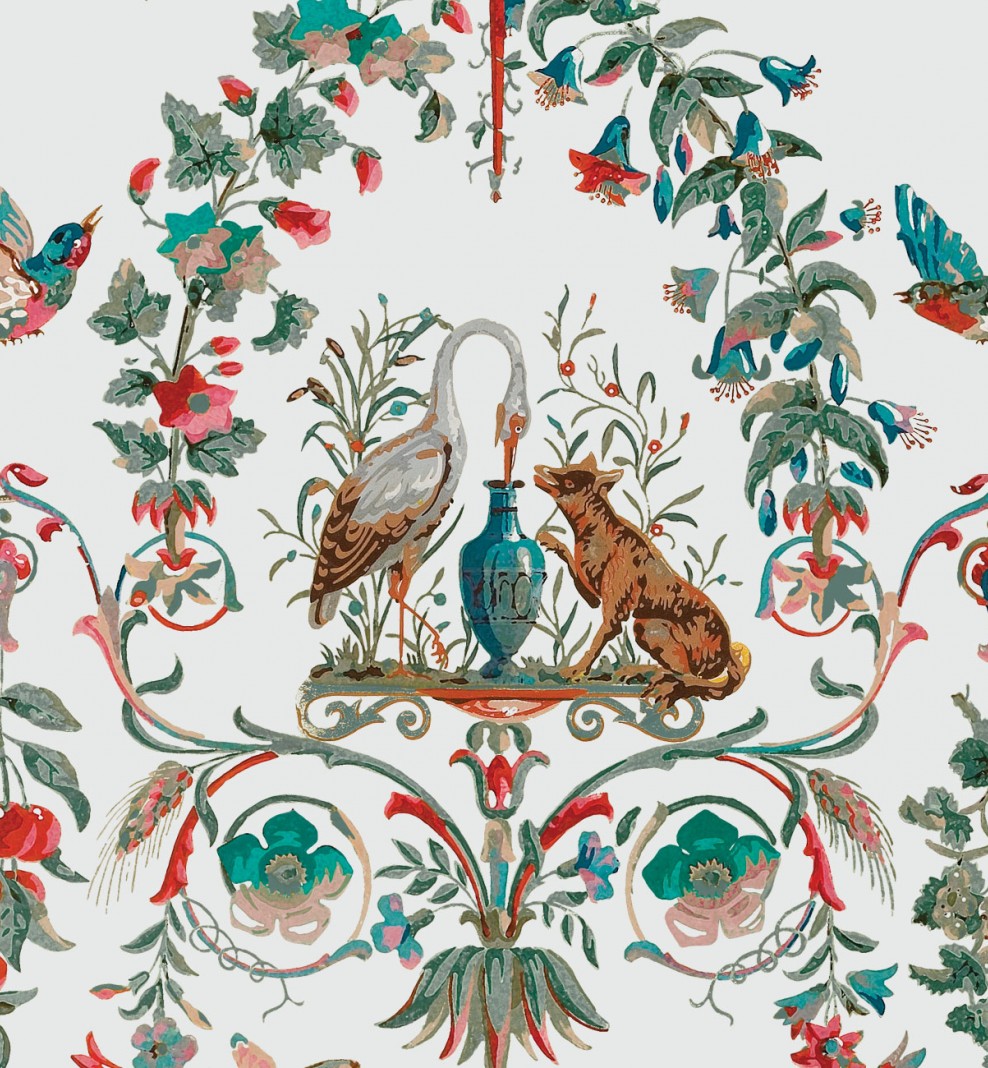