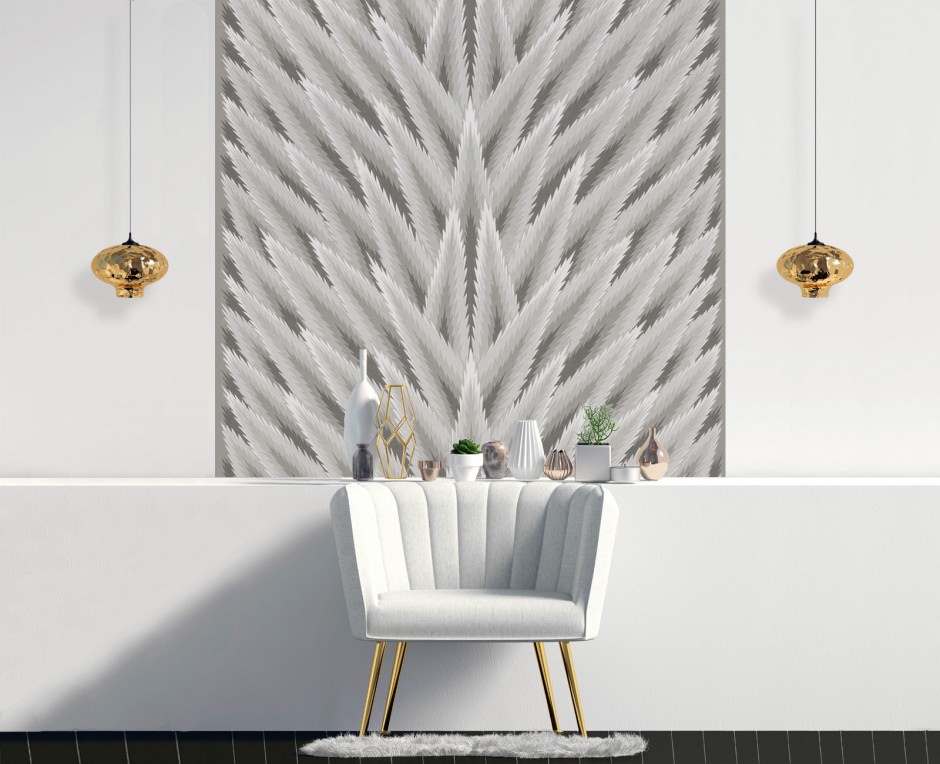 This project for a wallpaper pattern was designed by the Dufour & Leroy manufacture in 1827. Quite modern, it displays a bursting out profusion of ears, whose shape can also suggest tightened conifer branches. It is a four-color gouache on joined together pieces of paper, by the painter Merii, who used to work for the Dufour manufacture.
To revitalize this wallpaper, our workgroup has carried out a meticulous digital restoration.

This decorative wallpaper was created in 1797 by Joseph Dufour, the eponymous manufacturer who, with Zuber and Cie, was one of the outstanding 19th century producers of wallpapers, and especially panoramic murals. Ambitious, talented, humanist, and heavily influenced by the French Revolution ideals, Joseph Dufour set up first in Mâcon, and then in Paris. Initially he kept in step with the style and taste of time, reproducing drapery patterns on papers. He then turned towards literary and exotic themes, particularly in his novel creation panoramic murals.
The first of these, “Les Sauvages de la Mer Pacifique”, was exhibited in Paris in 1806 and enjoyed great success. Joseph DUFOUR was then considered the most revolutionary creator of the time in the art of decoration, his works and his name becoming known throughout the world, and especially in Europe and in The United States.

Depicting the pattern of this gouache, the Musée des Arts Décoratifs de Paris, in charge of its preservation, writes : “Sheaf” and… “Foot-warmer shovel”. Quite unusual for a 21st century reader, this ustensil was once very common. It helped to put embers into a foot-warmer, and to move them. The foot-warmer itself was a metallic jar with an openwork lid that diffused the embers heat to warm the feet. On evening gatherings, everyone had his own foot-warmer, guests themselves brought theirs.  As to the shovels, they were small (between 12 and 20 cm) and could be carried at the belt. They were elegant, openwork and  as delicately worked as these wallpaper ears.

The presented model was not the final wallpaper, but only a project (listed under number 2012) painted in gouache by MERII, a painter who would work for the Dufour manufacture. This project was eventually used for producing the final marketed version in a beige and pink monochrome (as shown on “the details” photo) now badly damaged and yet magnificent. 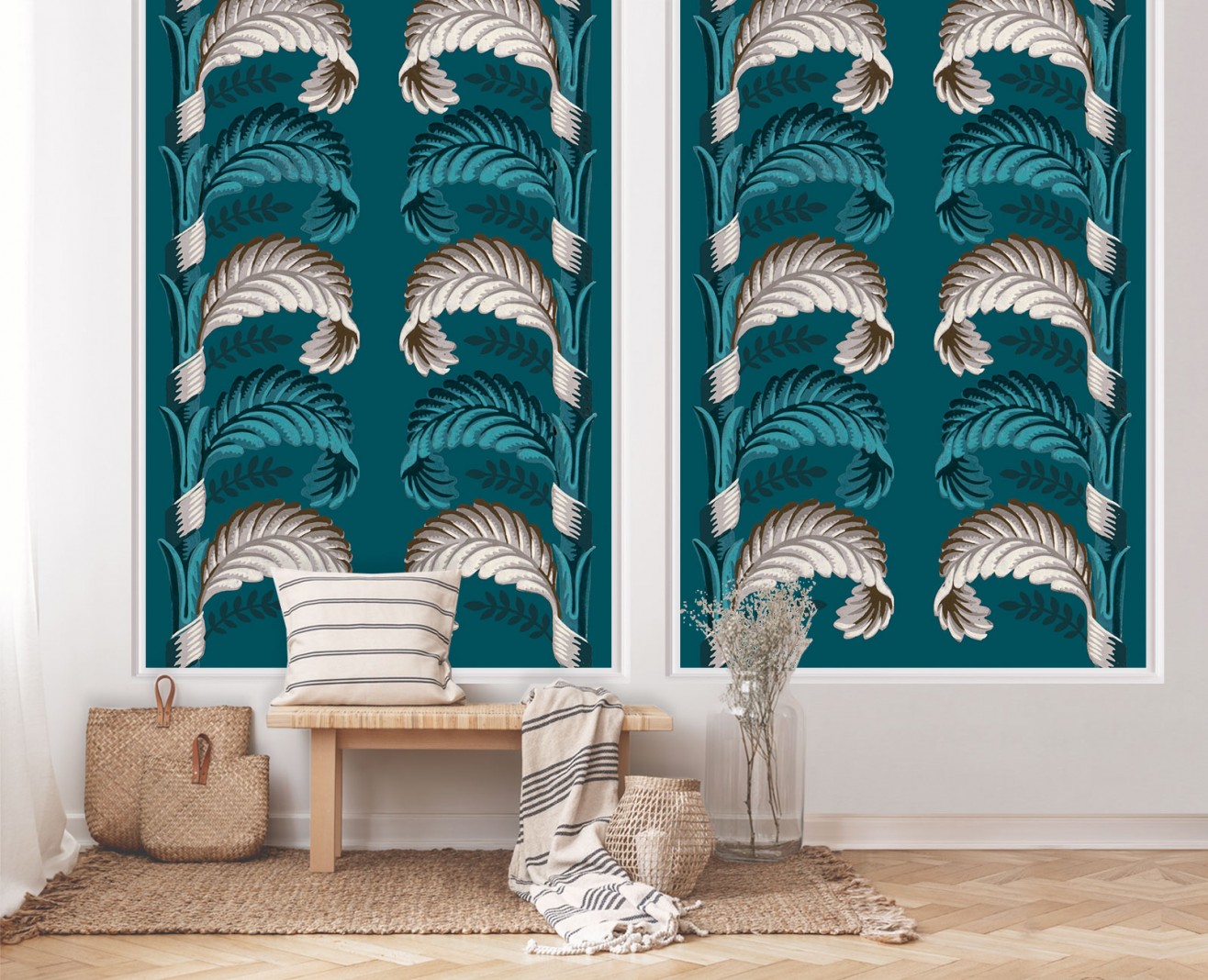 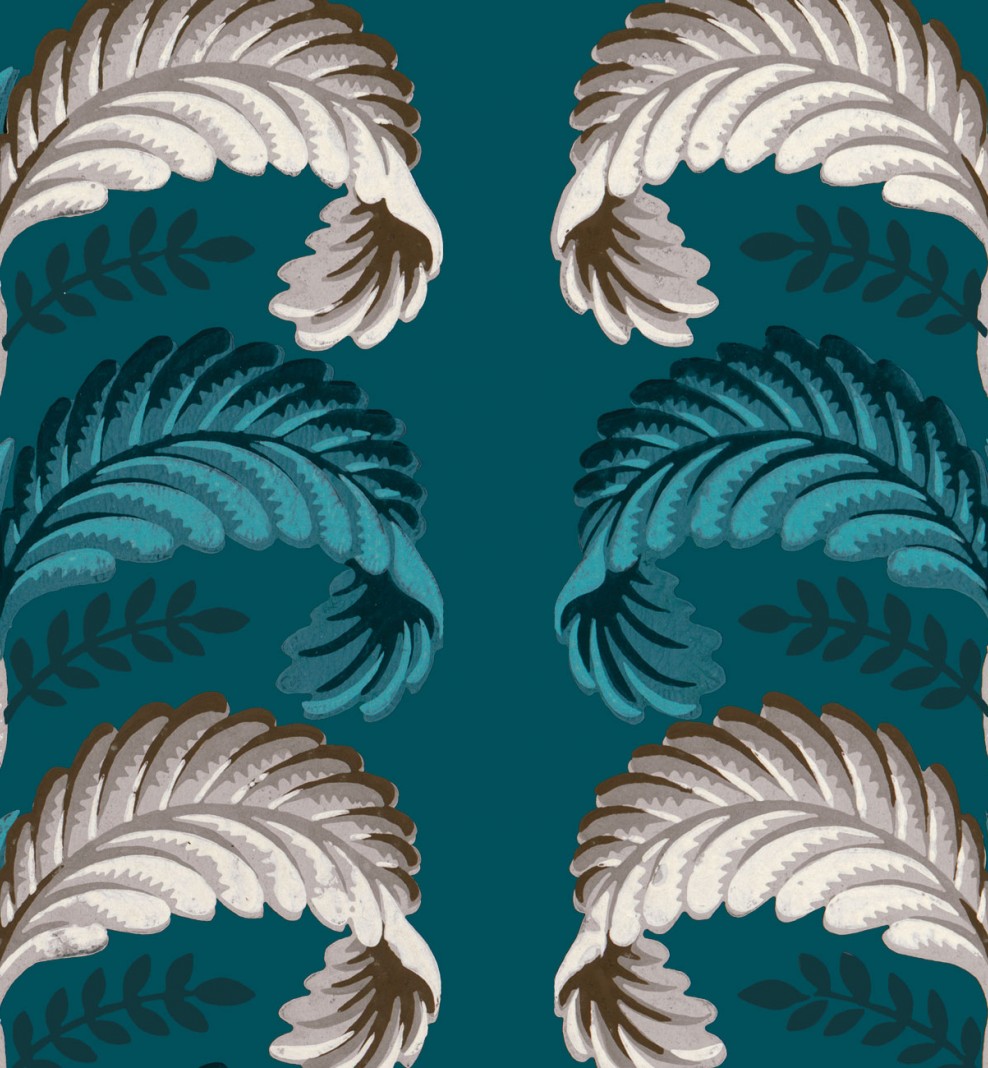 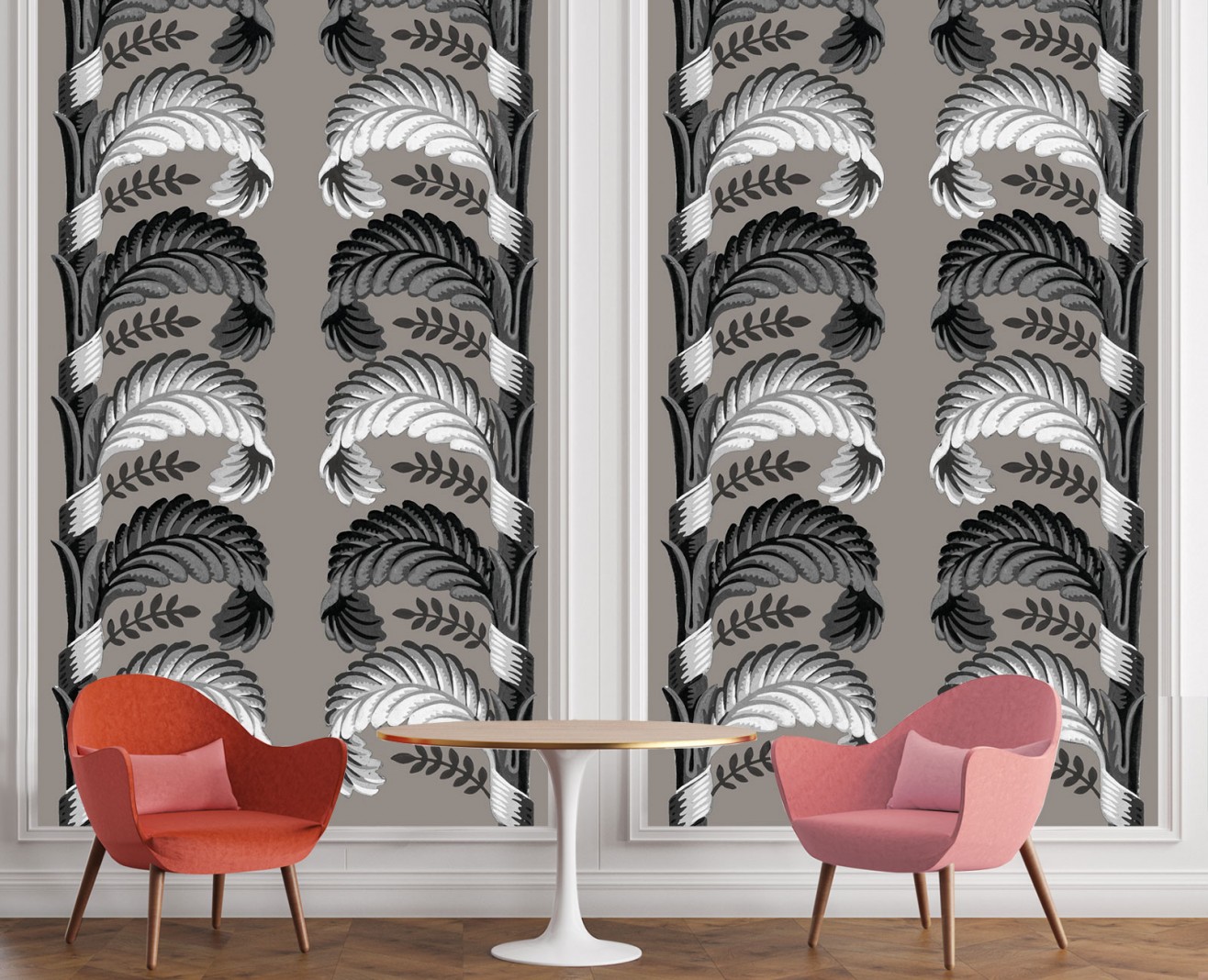 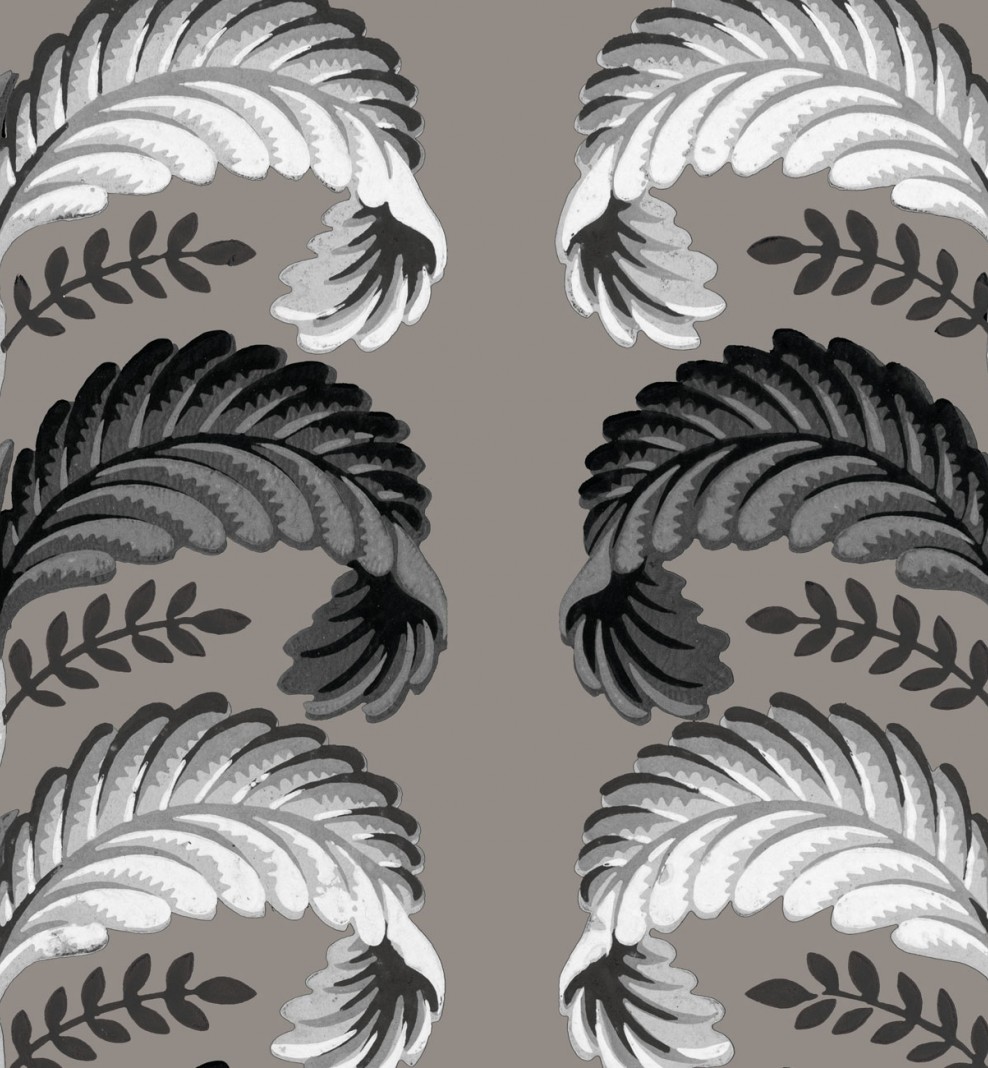