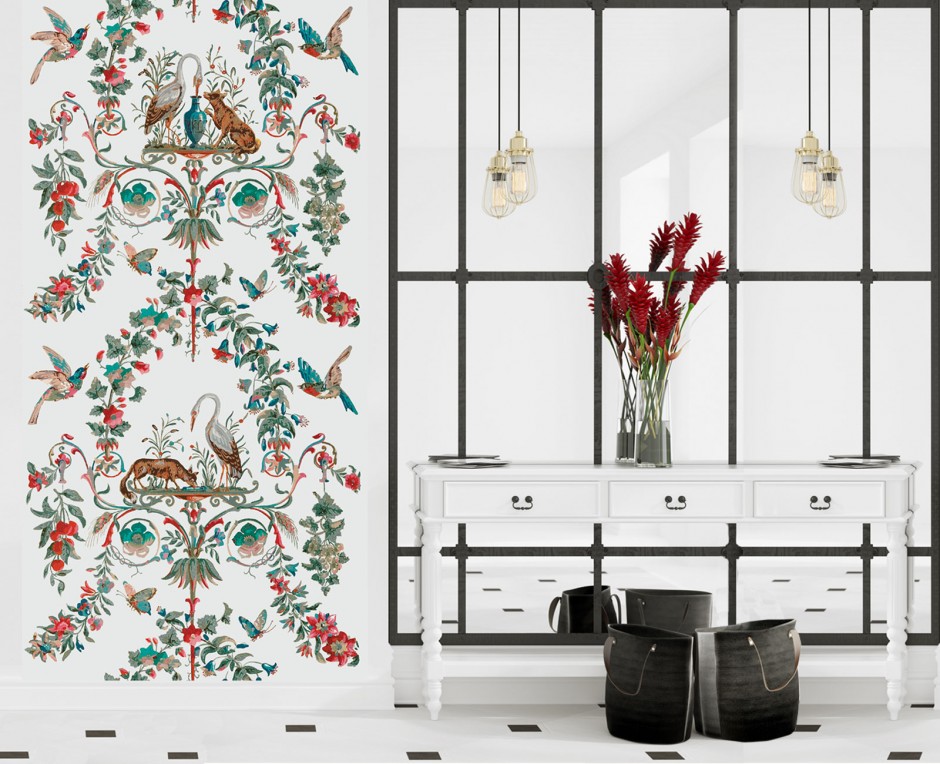 This decorative wallpaper was created in 1834 by the Dufour & Leroy manufacture. It illustrates a fable by Jean de La Fontaine (1621–1695) title "Le Renard et la Cigogne" (The Fox and the Stork). This fable, from the first collection of fables published in 1668, is the 18th in Book One.
The original background, of a machine made wood pulp paper roll, was hand brushed, silk finished, and printed in 19 colors on engraved wooden-blocks. To revitalize this beautiful narrative wallpaper, our workgroup has carried out a 20-hour digital restoration.

The background is chalk white, the motives are multicoloured, with grey green, pomegranate red, and peacock blue, as dominant colors.

This decorative wallpaper was created in 1797 by Joseph Dufour, the eponymous manufacturer who, with Zuber and Cie, was one of the outstanding 19th century producers of wallpapers, and especially panoramic murals. Ambitious, talented, humanist , and heavily influenced by the French Revolution ideals, Joseph Dufour set up first in Mâcon, and then in Paris. Initially he kept in step with the style and taste of time, reproducing drapery patterns on papers. He then turned towards literary and exotic themes, particularly in his novel creation panoramic murals.
The first of these, “Les Sauvages de la Mer Pacifique”, was exhibited in Paris in 1806 and enjoyed great success. Joseph DUFOUR was then considered the most revolutionary creator of the time in the art of decoration, his works and his name becoming known throughout the world, and especially in Europe and in The United States.

This fable tells the story of a mean and cunning fox who asked a stork for dinner. But, as his meal consisted in a gruel served on a plate, the long pointed beak of the stork was unable to grab anything. A few days later, so as to take a revenge, the stork asked the fox back for dinner. She had prepared a meal, the smell of which delighted the hungry fox. But this mouth-watering food was served in a deep and narrow vase out of which the fox could catch nothing ! Humiliated, the fox had to leave with an empty stomach.
“Deceivers, I am writing for you” concludes the fabulist, meaning that if you cheat someone, you will have your turn, sooner or later.

This decorative wallpaper is a marvel of delicacy and refinement. You can watch flowers, ears of wheat, butterflies, cherries, reeds and birds (probably swallows). Birds often feature in La Fontaine’s fables : swallows, pigeons, crows, herons, falcons, partridges, roosters, hens, eagles…
The birds and the flowers have been drawn with such a precision on this decorative wallpaper that, with the patina of age, it looks like a fresco. 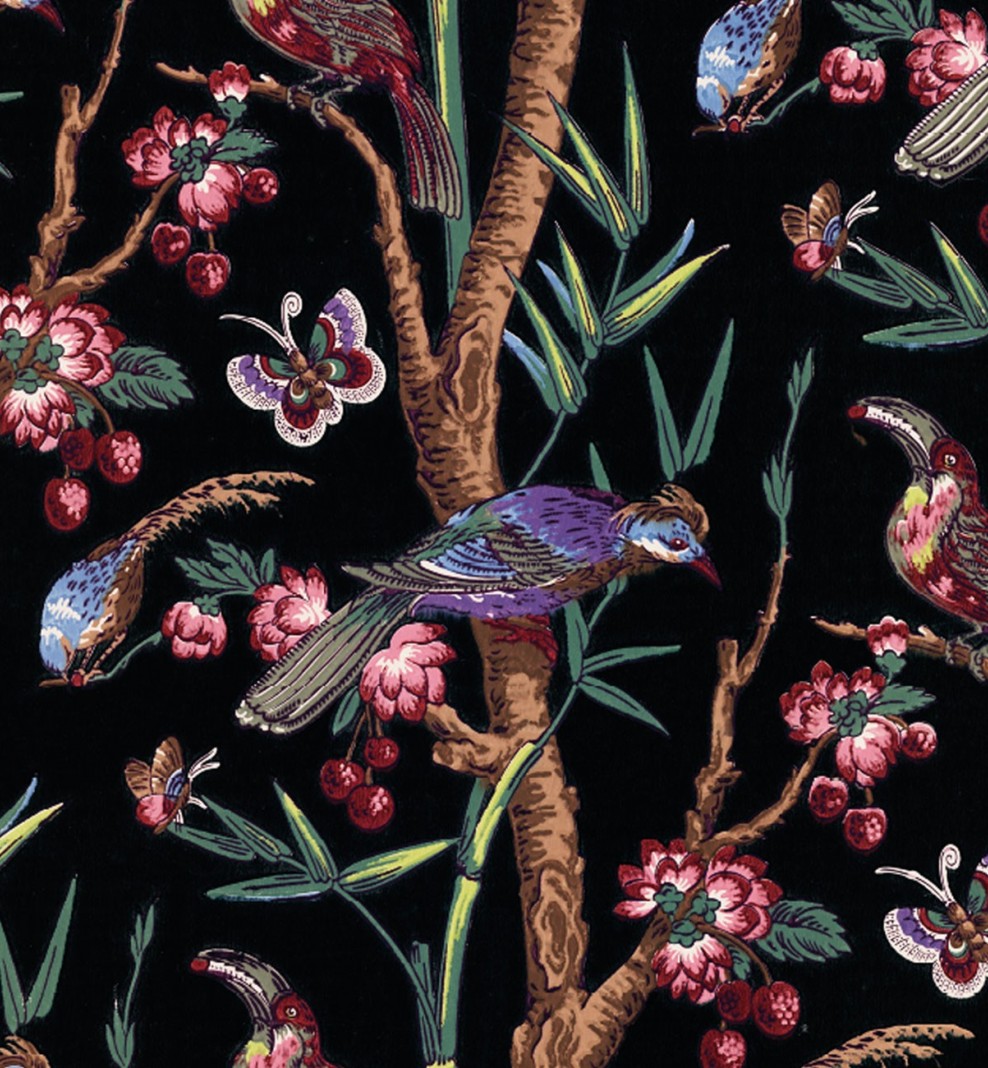