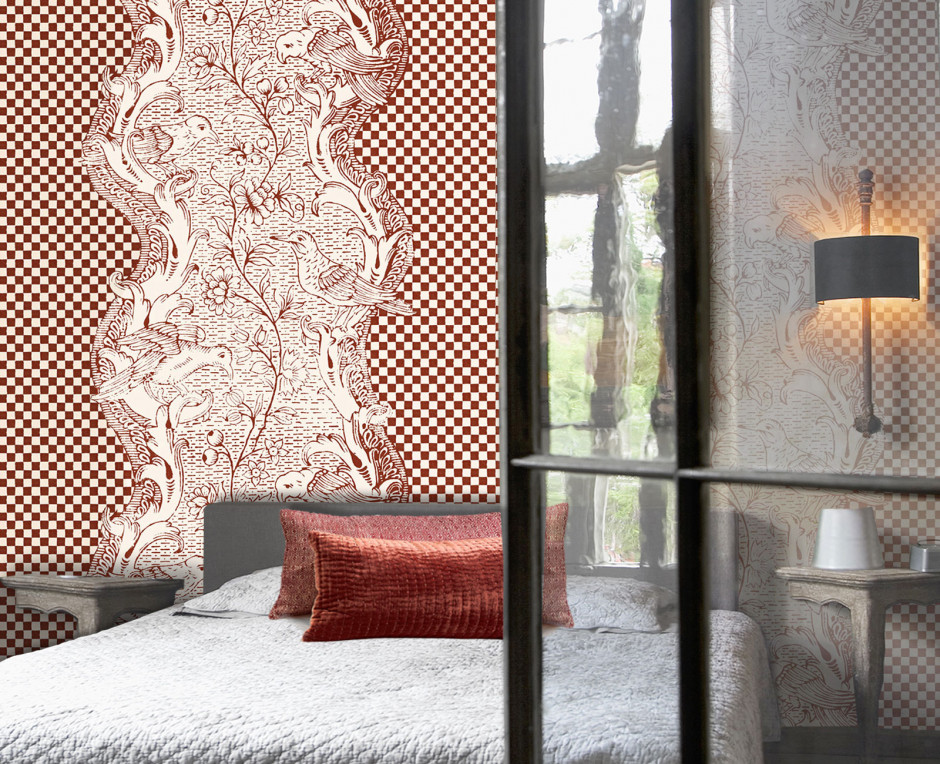 From an unknown manufacturer, this domino paper is kept at the Musée des Arts Décoratifs in Paris. It features foliage, birds, berries and delicate flowers, representing a sinuous whole framed on either side by a checkerboard. The original design measures H42.5 X L35.5cm and was printed by means of engraved wooden-block in one color (black).

To give life and modernity to this beautiful wallpaper from the 18th century, our workshops carried out a long digital restoration.

From unknown manufacturer, this domino paper has a style and an iconographic repertoire which suggest a french production dated from the early 1750s (cf "Detail"). Undoubtedly, its manufacturer showed a real originality in the creation of this design, in particular in the choice of representation of birds which is not frequent in domino papers.

In the 18th century, domino papers were most often made and sold by « domino merchants » who also sold papers, prints, playing cards and calendars. They were generally installed in Paris in the Latin Quarter or near universities. The haberdasheries merchants (like « Godin marchand-mercier » in the attached picture) also retailed dominos and Chinese wallpapers which were used for walls, dress screens or, by cabinetmakers, as a base for " varnish Martin ", a technique developed by the Martin brothers in 1728 and intended to imitate lacquer (from China and Japan in particular), at a lower cost, by working a resin called copal on a drawing.

Kept at the Musée des Arts Décoratifs in Paris, the drawing of the original domino paper is framed by black outlines. These lines were printed by means of an engraved wooden-block, which was pressed on the paper using a screw press. Moreover, the printing in black informs about the date of the work: in France, in fact, the oldest dominoes were printed in black while the most recent were more in blue, red, or even in green. 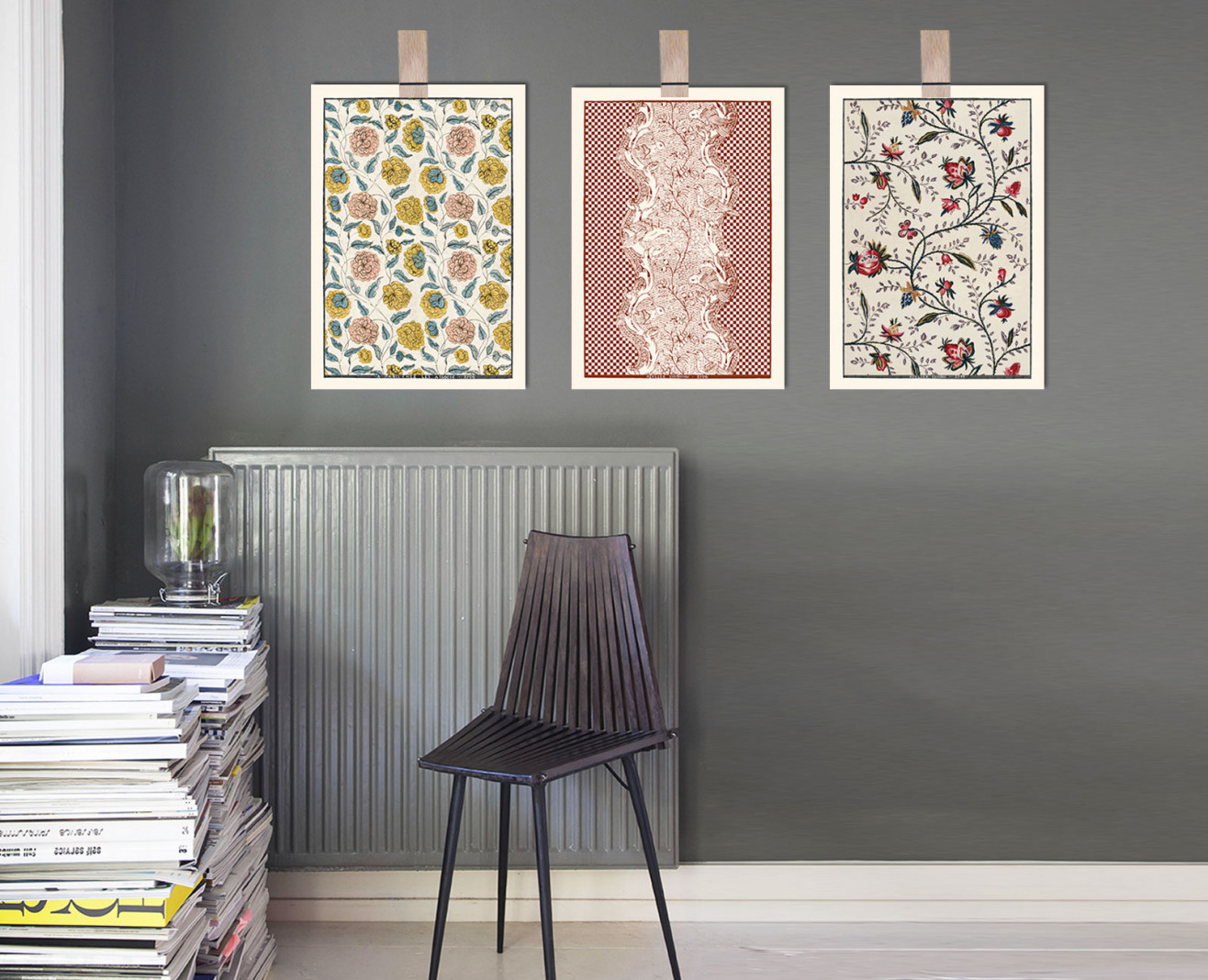 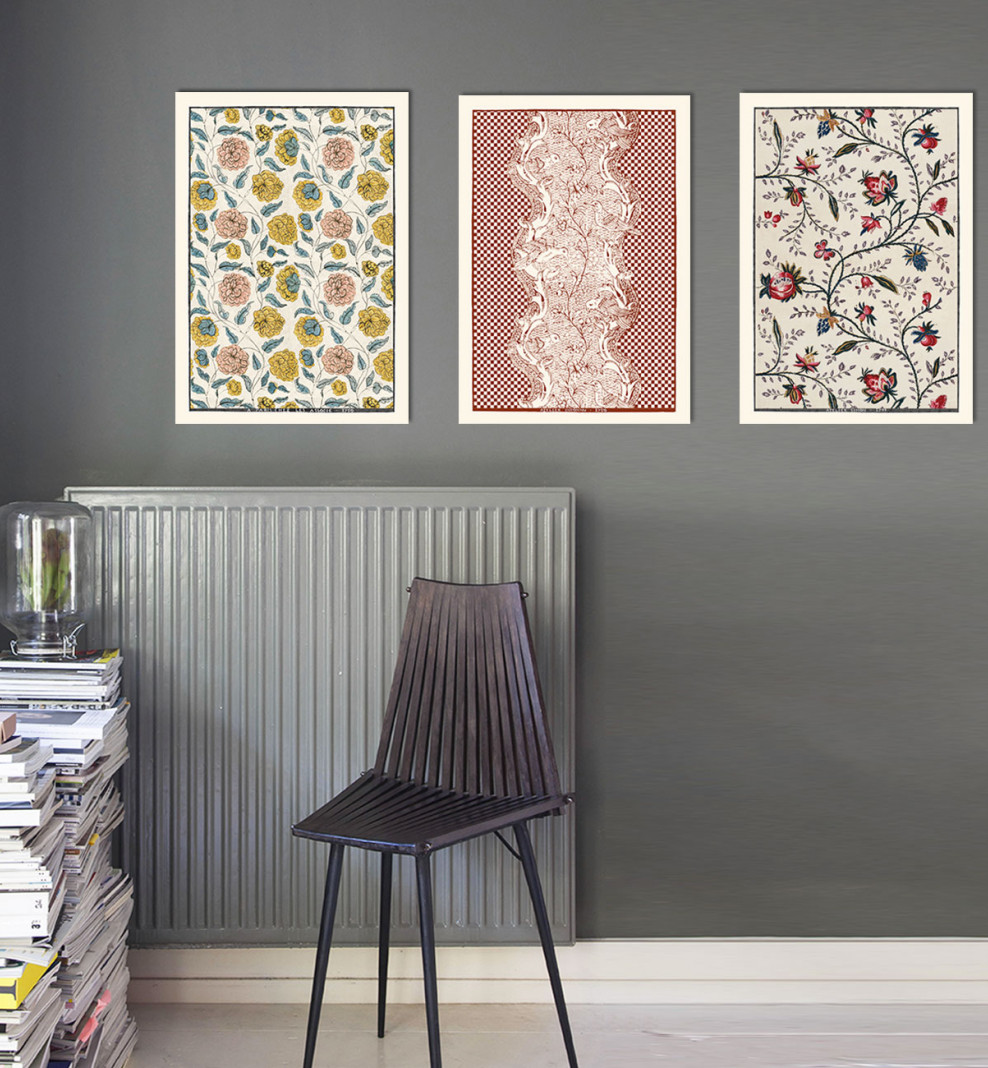 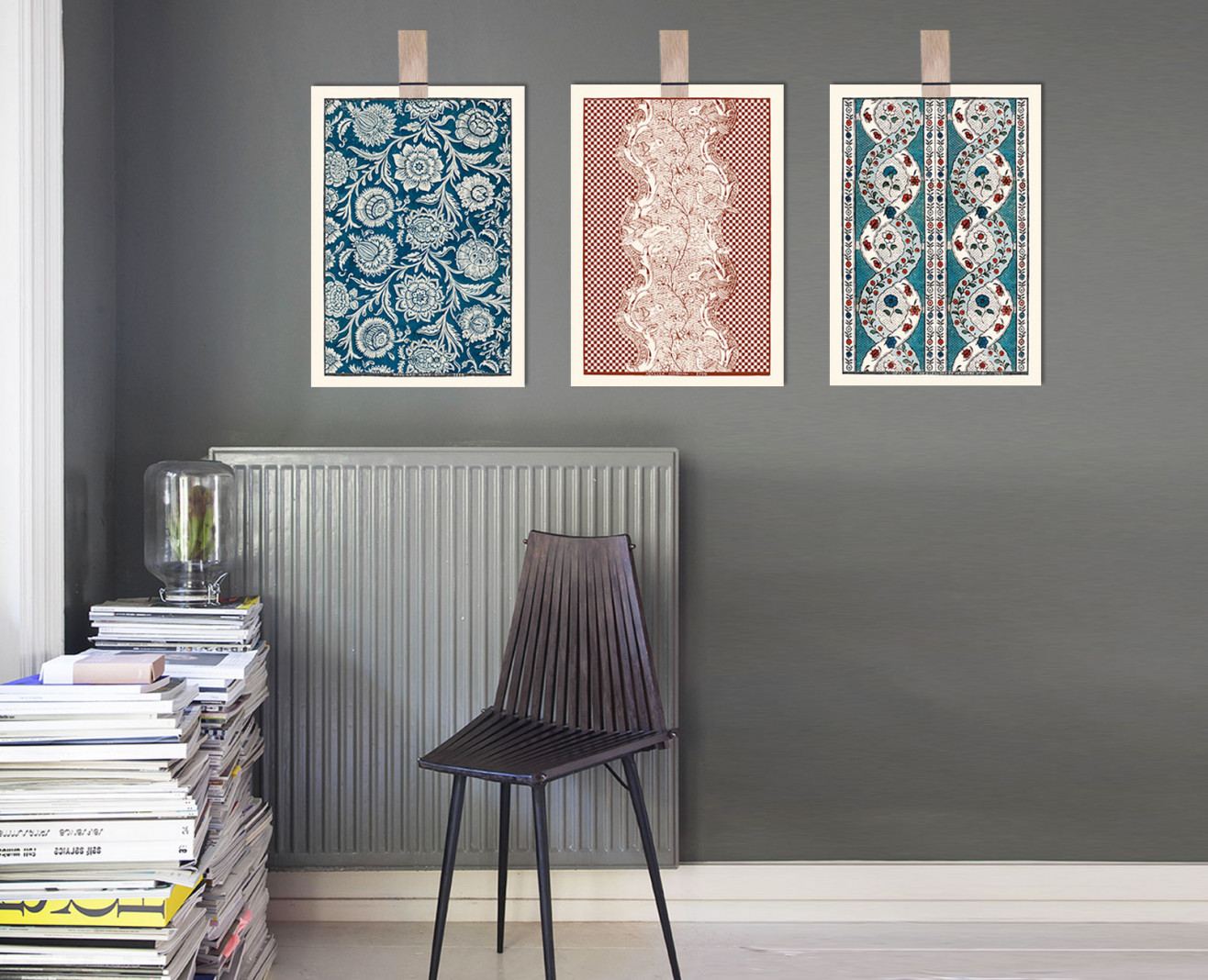 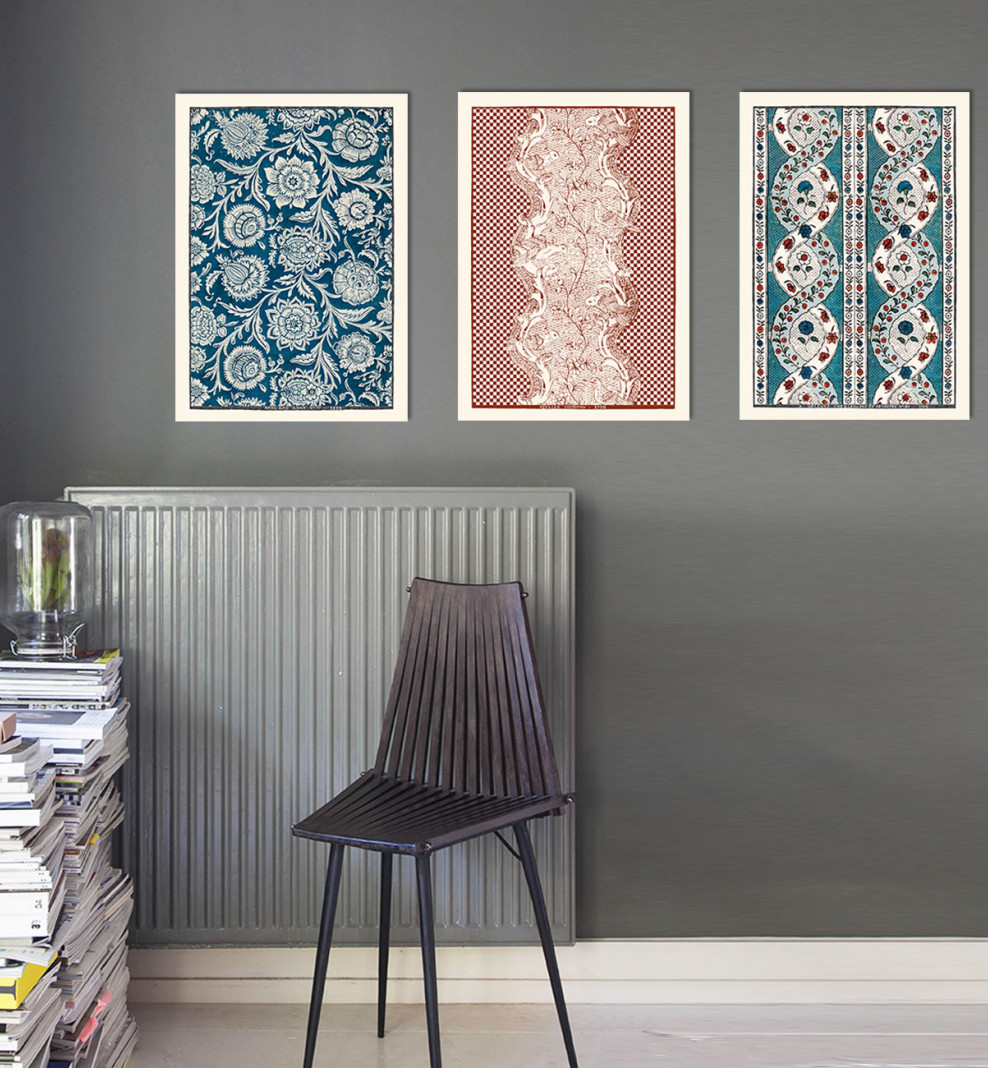