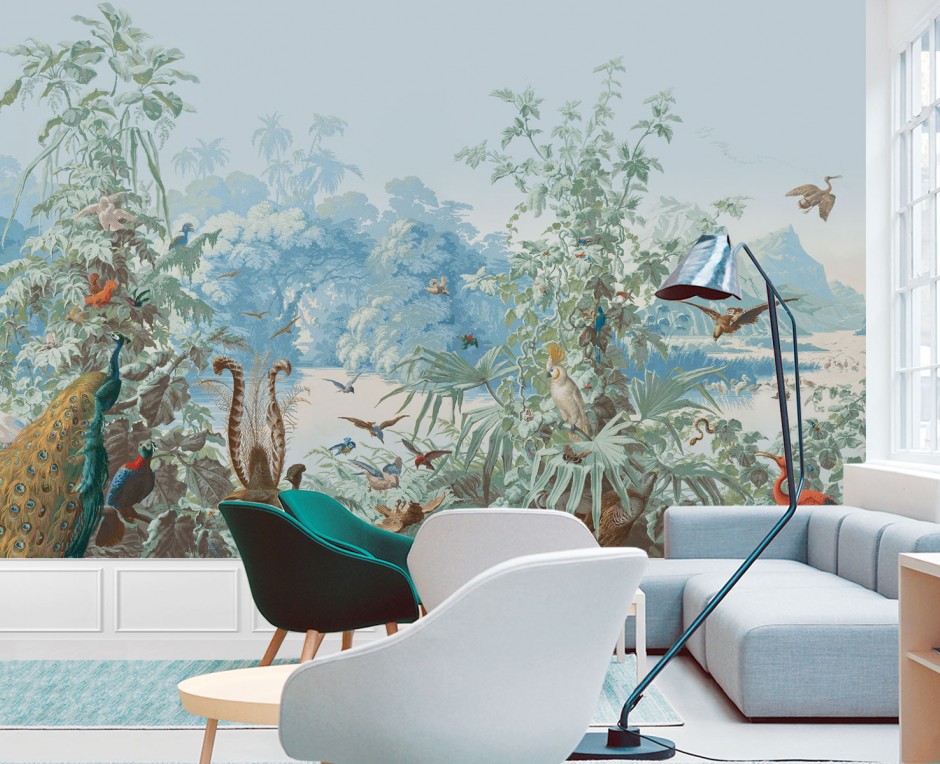 Designed by the drawer Louis Joseph Fuchs in 1862, this panoramic wallpaper was made by the Manufacture Jules Desfossé by means of 1148 engraved wood-blocks. During the 19th century, Brazil fascinated French people, and a lot of artists travelled there. The illustrations they brought back strongly inspired Joseph FUCHS.

Revitalizing this wonderful Brazil required a very long, patient and delicate work from our workgroup. But such a gorgeous mural deserved these colossal efforts.

Founded in 1851, the Manufacture Jules Desfossé is one of the most important in France and Europe. In 1853, after Jules Desfossé had joined with Hippolyte Karth, the Manufacture was named Desfossé and Karth. It distinguishes itself by a purchase policy of printing wood-blocks and a close collaboration with the artists of the time. Firmly rooted in the Second Empire, and considered as the best, this Manufacture offers wall papers with themes in the taste of time, though sometimes nearly decadent.

In Paris, during the first half of the 19th century, due to both an increasing  urbanization and a doubling of population, emerged a desire for recreating gardens at home. So that during the Second Empire, wealthy people had keen interest in winter gardens, conservatives and verandas. Princess Mathilde’s famous private mansion is a renowned example –since she was Napoleon III’s cousin. This fashion had a major influence on paintwork themes.

In passing, a few decades before, orientalism  had met a similar influence on decoration, after the success of a painting by Eugène Delacroix : " Femmes d’Alger dans leur appartement " (1833). Panoramic wallpaperss with exotic and luxurious foliage patterns –much cheaper than winter gardens, conservatives or verandas- enjoyed a phenomenal success.

This panoramic wallpaper illustrates the tropical nature of Brazil with idealized flora and fauna. It shows countless species of animals and plants. Not only a great many insects and butterflies, but also an infinite number of birds: cockatoos, red ibis, lyrebirds, pelicans, inseparables, herons, pheasants, birds of paradise, etc. All of them moving among a luxurious landscape of mangrove trees, banana trees, palm trees, etc. All of them drawn with high precision, with a scientific exactness linked to the numerous explorations and botanical discoveries of that time. 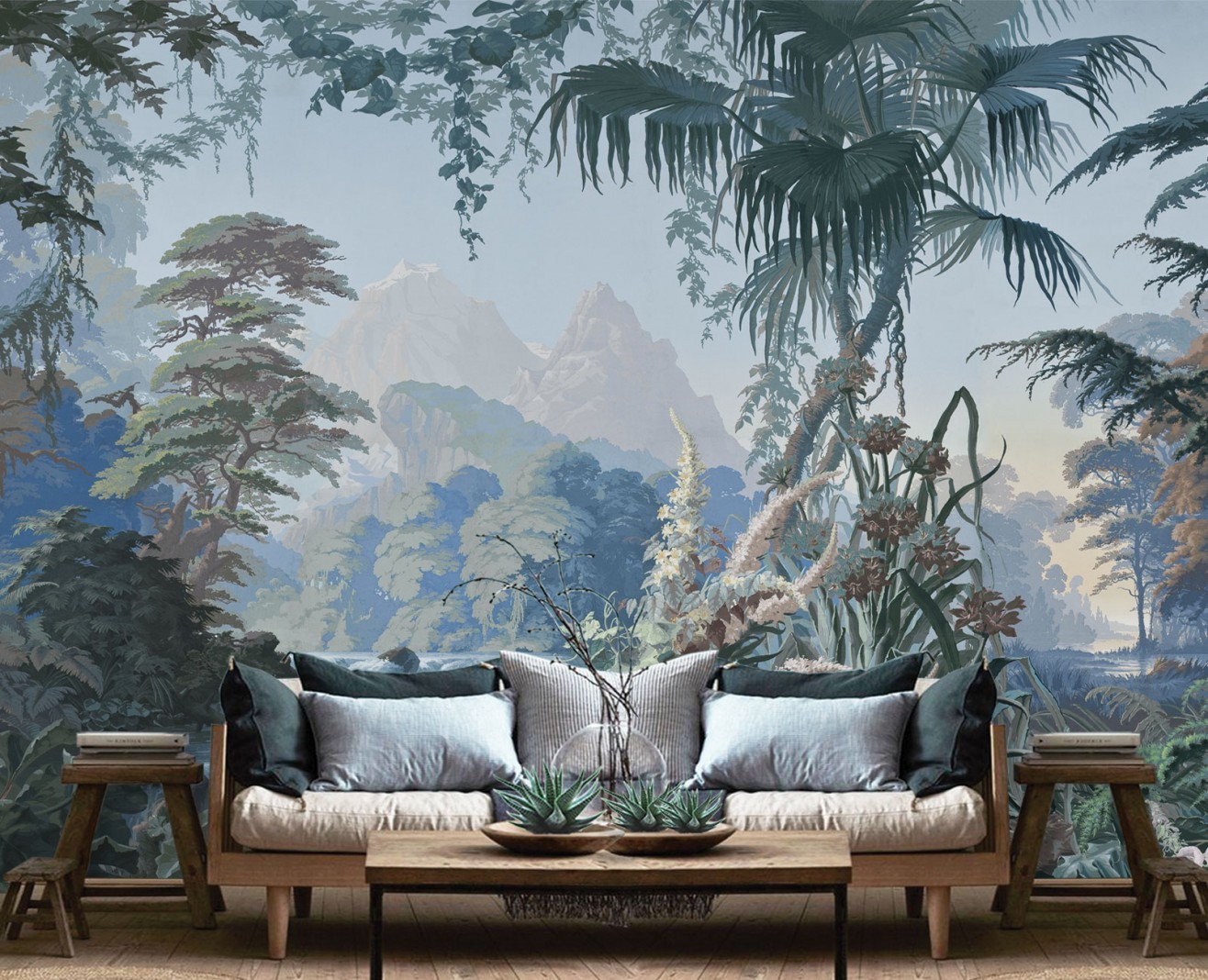 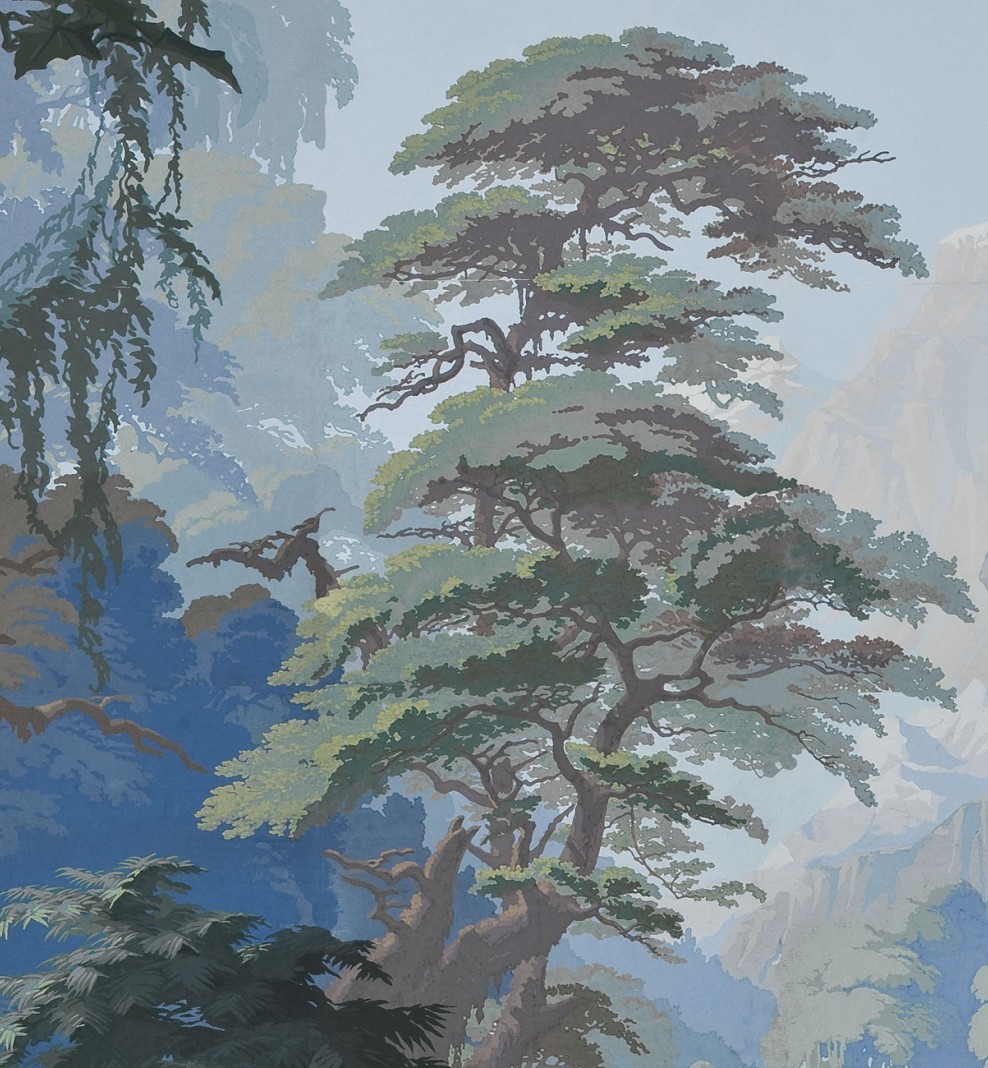 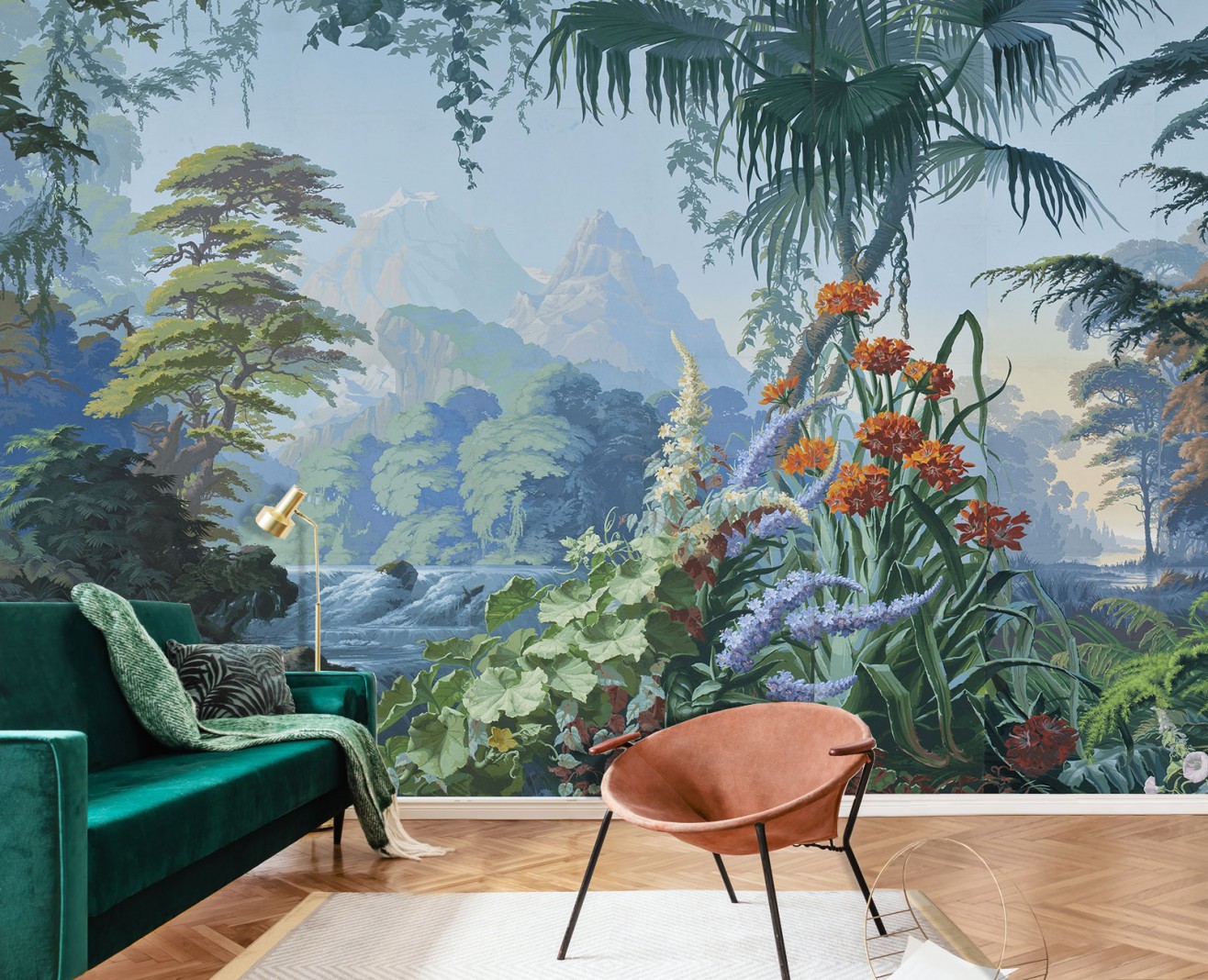 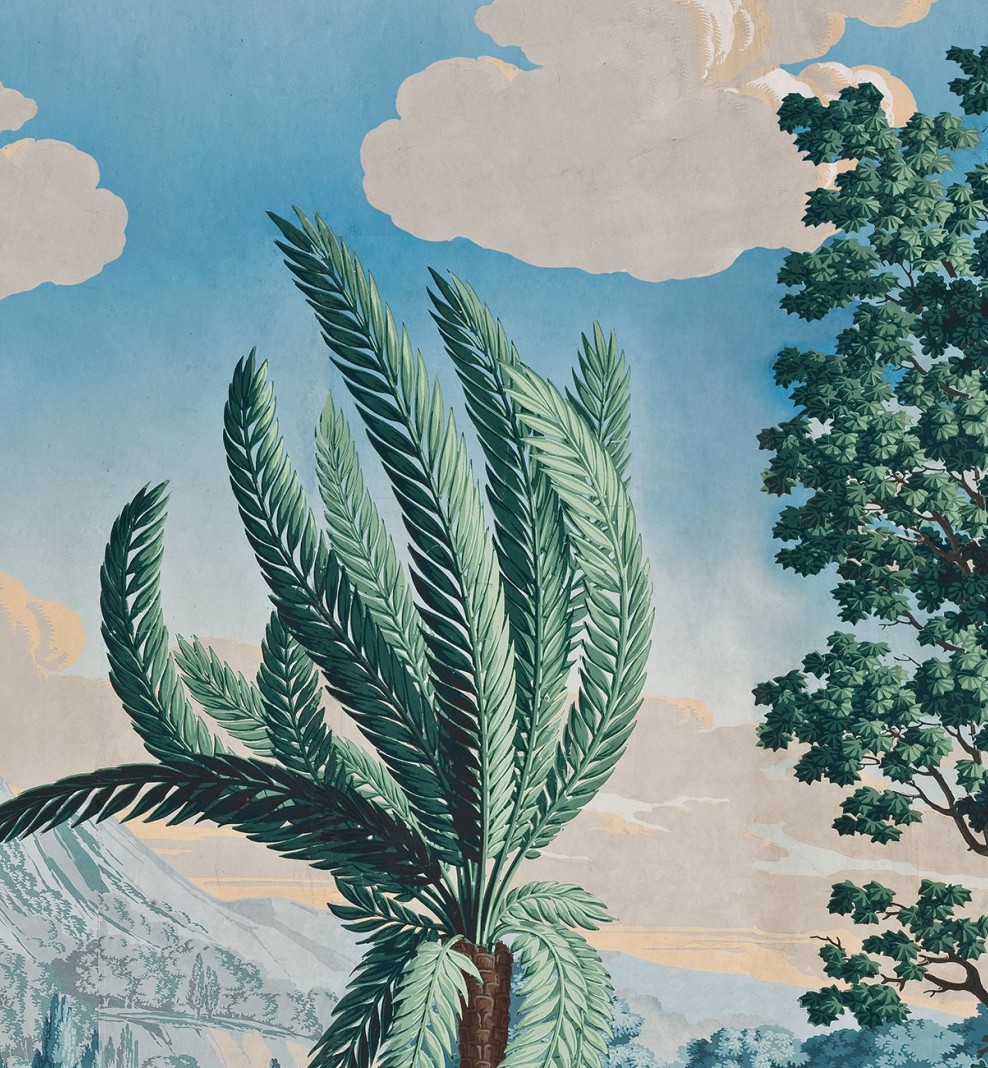