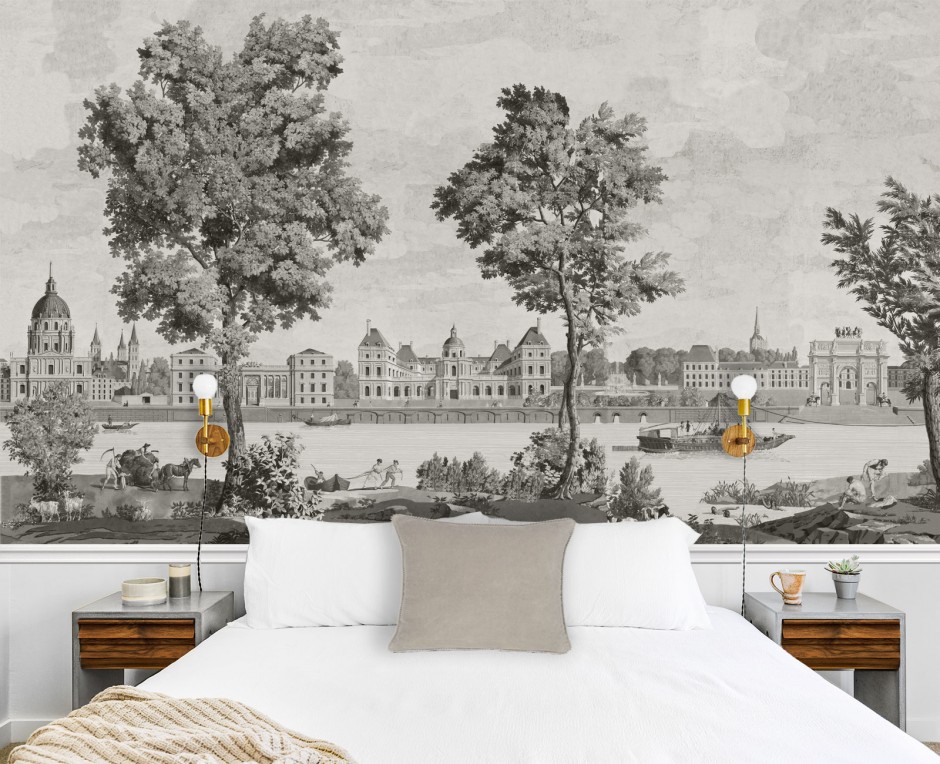 Edited in 1812, this panoramic wallpaper was made by the Manufacture Dufour. The original décor was printed by means of 2062 engraved wood-blocks, with 80 different colors. This re-edited copy belongs to the town of Lamballe - in the Côtes d’Armor. It is exhibited in the entrance hall of the Town hall, next to the marriage room.
It used to be one of the more popular French panoramic wallpaper in the United-States at the beginning of the 19th century.
Revitalizing this beautiful artwork was a patient fourty-hour digital restoration from our workgroup.

Created by Joseph Dufour, the so-named manufacture is, along with Zuber and Cie, one of the most exceptional of the 19th century regarding the creation of wallpapers, and especially panoramic murals. Ambitious, talented, humanist, and heavily influenced by the French Revolution ideals, Joseph Dufour set up first in Mâcon, and then in Paris. At his beginnings, he kept in tune with the style and taste of time, reproducing drapery patterns on paper. Then, he progressively turned towards literary and exotic themes which he made the most with the creation of mural panoramics.
Exhibited in Paris in 1806, his first panoramic wallpaper, “Les Sauvages de la Mer Pacifique”, enjoyed great success, and Joseph Dufour was then considered the most revolutionary creator of the time in the art of decoration. Therefore, associated to his name, his patterns became famous all over the world, especially in Europe and in The United States.

Joseph Dufour, the Manufacture’s founder, was staying in Paris in 1794 when he had this panoramic wallpaper idea. He started drawing the most iconic monuments of Paris, lining them along the River Seine –across which he ignored the bridges! An imaginary representation, but a learner-centered approach ! So, from the left to the right, you can see : the Invalides, the church of Saint-Germain-des-Prés, the Palace of Luxembourg, the Tuileries gardens, the “Lycée Imperial” (nowadays Louis-le-Grand secondary school), the Sainte-Chapelle, the Carrousel Triumph Arch, the Mazarin Palace, Notre-Dame de Paris and Saint-Denis Gate.

A lot of lively scenes can be observed on this panoramic wallpaper: a couple of lovers, revellers dressed in empire style, on a boat, a shepherd with his goats, riders, ploughmen, soldiers from the imperial guard…  and even swimmers in the River Seine. In the foreground, a pastoral landscape is contrasting with the colder urban and architectural background. As panoramic wallpapers were generally hung round circular rooms in the 19th century, the earth in the foreground made the spectators feel as if they were watching the scenery from an  island –a hint to the writer J.J. Rousseau’s “refuge island”. 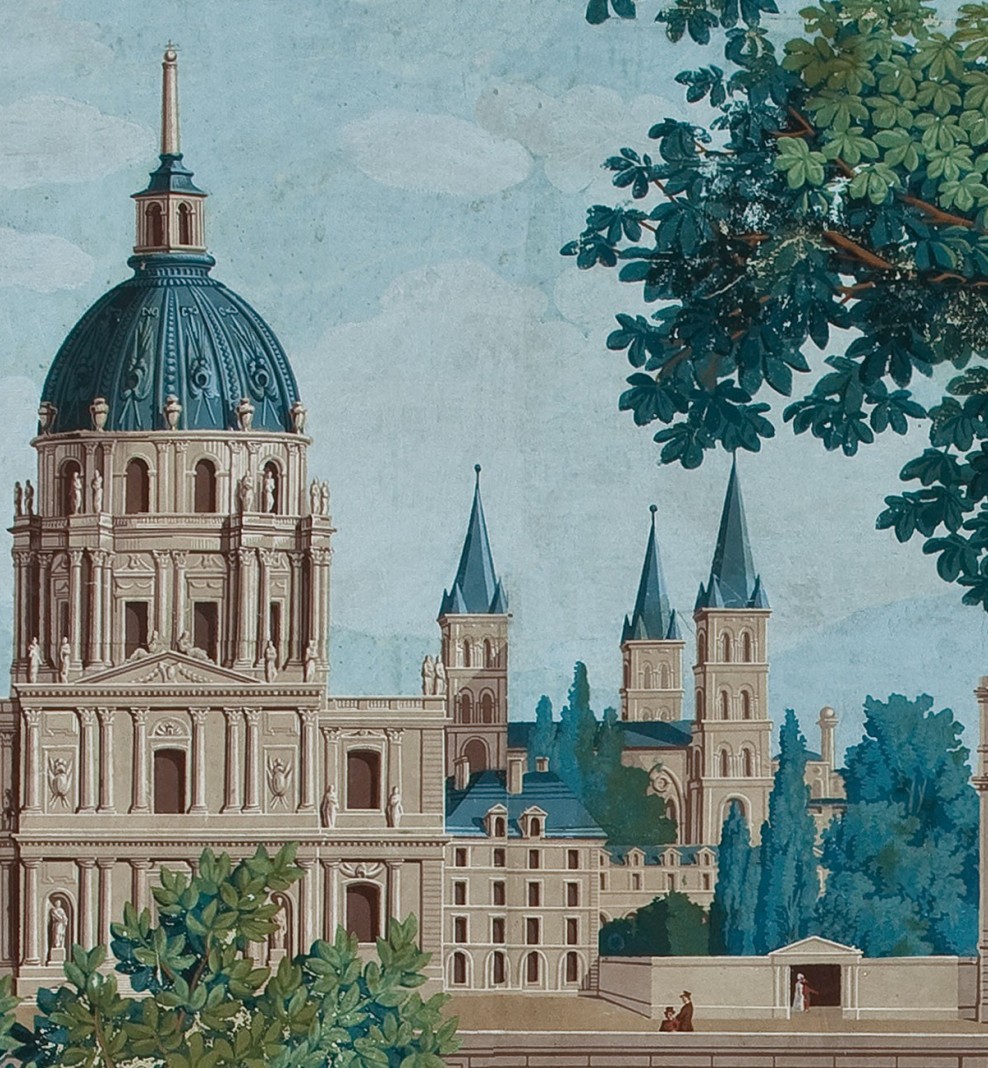 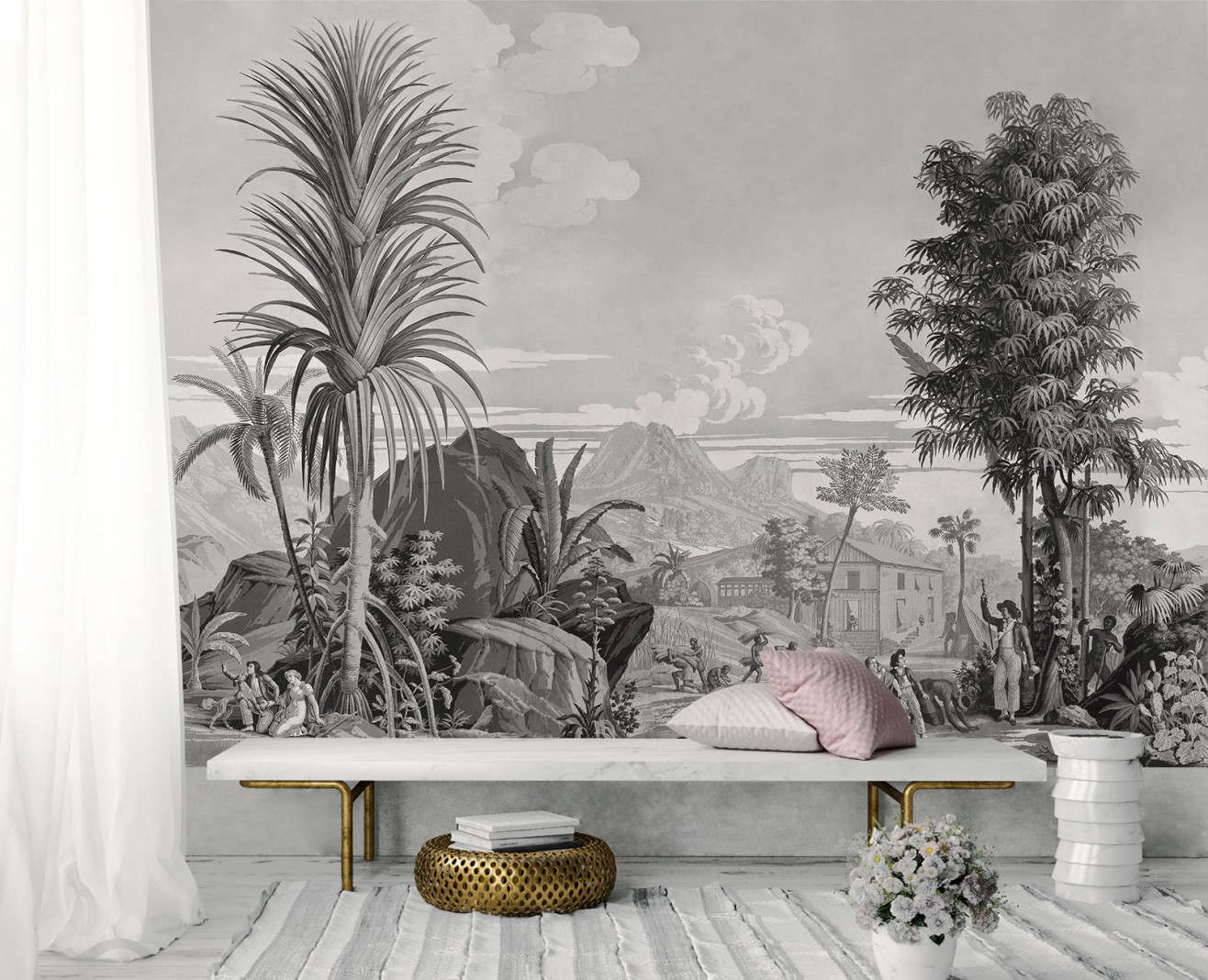 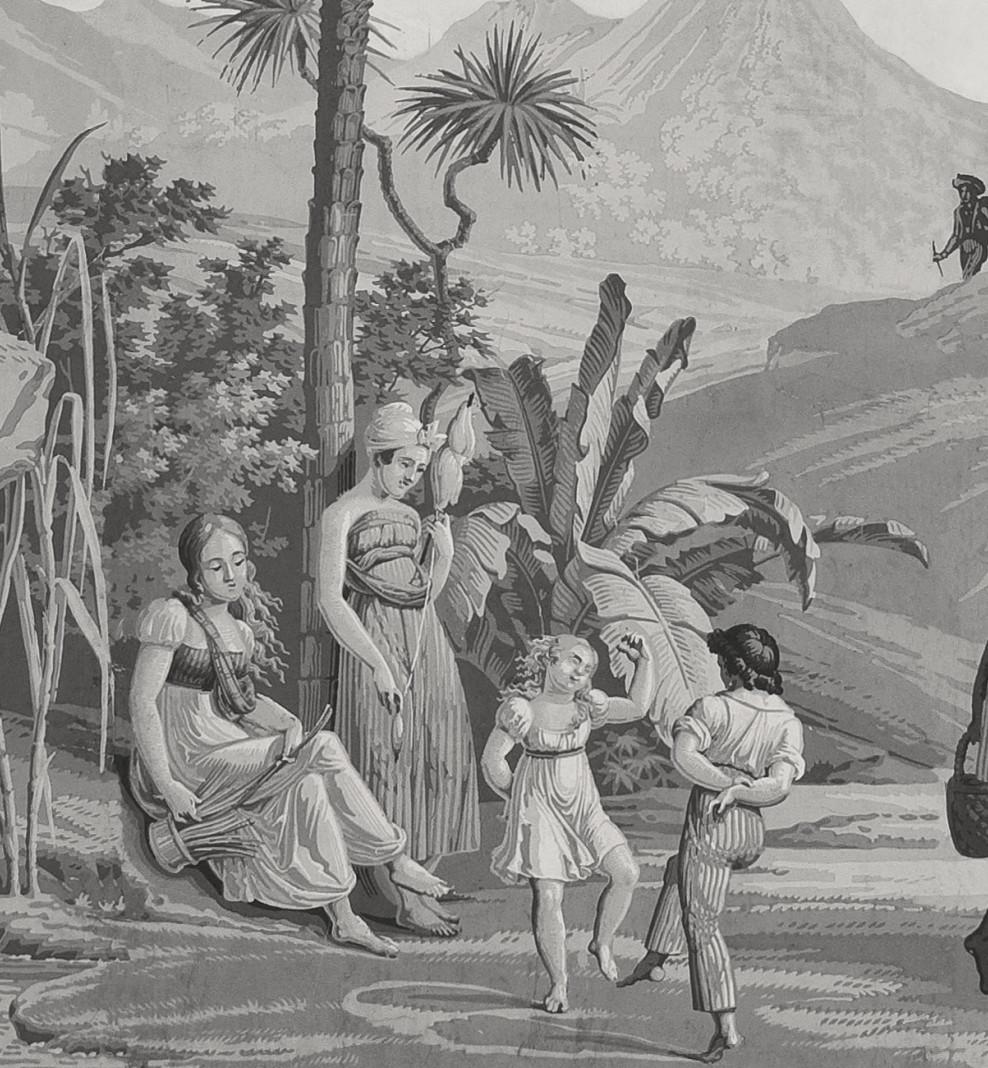 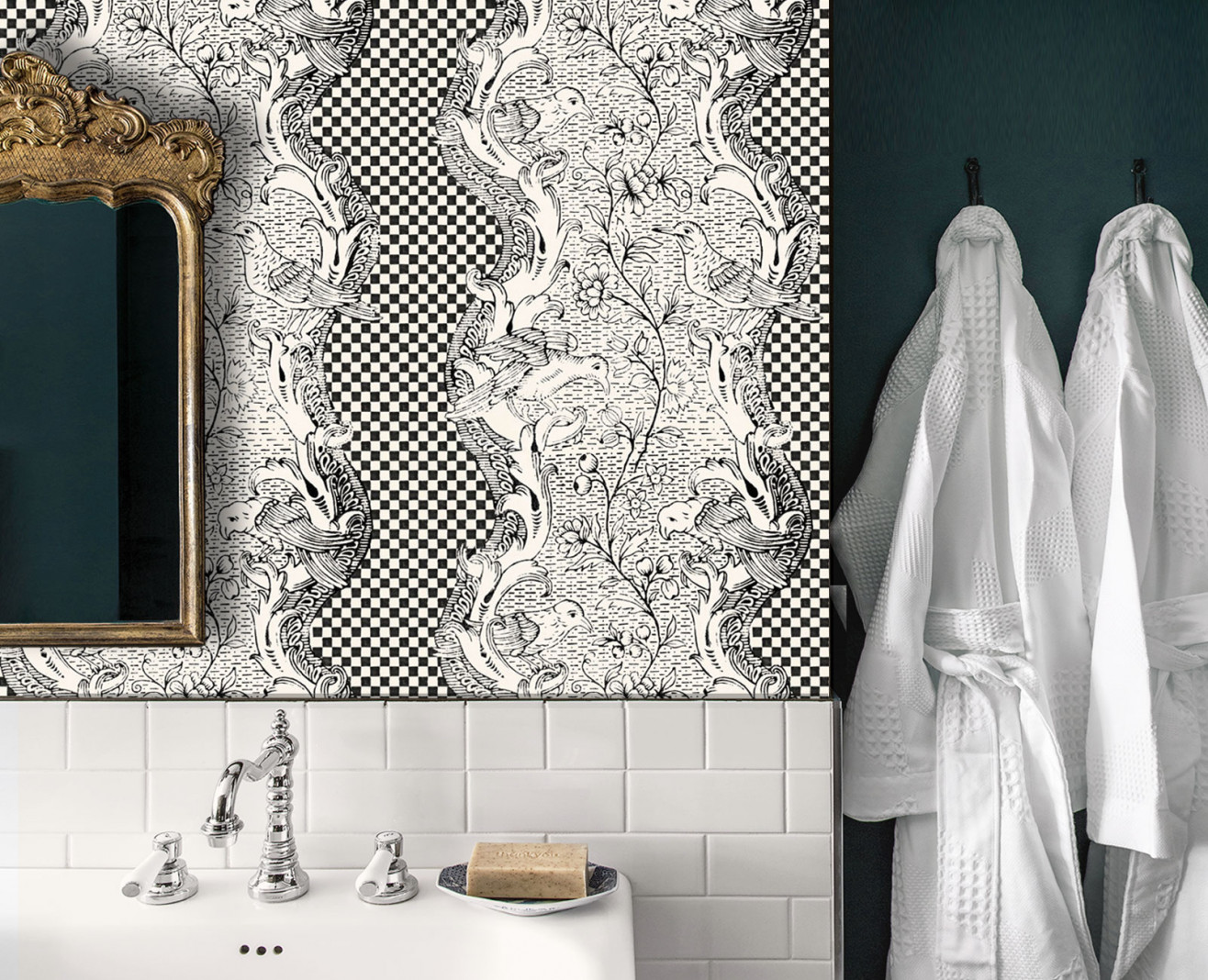 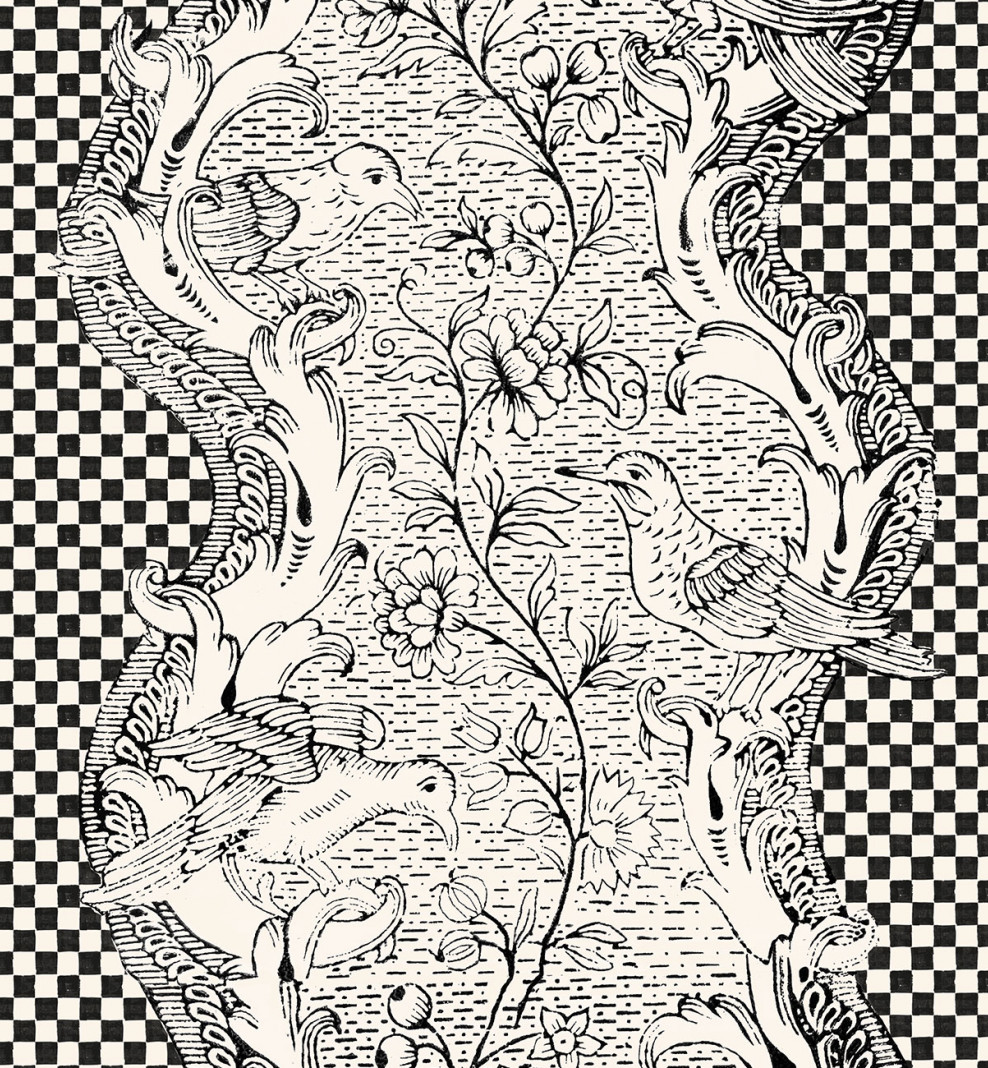